God of Miracles – Modern Day Acts of the Apostles 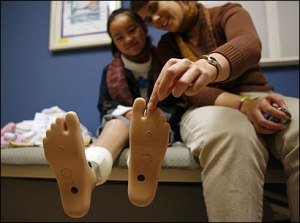 My friend “IC” was a pediatric nurse and we attended church together.  We were both leaders for our pastor in a church plant in Florida.  One summer in the mid 2000’s she was taking her nursing skills to China.  You see, China is closed to missionary visas.  Proselytizing is officially illegal and you are only allowed to worship God in “state approved” churches.  The government of course does not allow any type of preaching that would undermine or discredit the official atheist beliefs of the communist leaders.

So this was an opportunity for her to go to China as a medical “missionary”.  She was to provide prosthetics for children with severe clubbed feet, rehabilitation support and other medical needs to an orphanage.  IC had a plan though, somehow she was going to tell these children about the love of JESUS!

Now IC was from a Spanish-speaking country originally, not born an American.  She was fluent in both Spanish and English but Spanish was her first language.  When she went to China, there of course were English to Chinese interpreters provided by the government.  How was she going to speak to these children when she did not know a lick of Chinese and was at the mercy of the interpreters to translate English into Chinese?  She couldn’t risk speaking directly about Jesus through the interpreters, she could be literally taken to jail in China and denied exit on her visa.  But she knew that God had given her an opportunity and a way, this was exactly what she was supposed to do.

So after almost the entire time in China had passed, IC told me that she was so distraught because she had not found an opportunity to speak to the children.  Time was quickly running out!!

She fasted and prayed.  She asked God to give her the means.  IC said that God told her to speak in Spanish.  IC was telling God, how is that going to work!  I only have an English to Chinese interpreter!  HA!  No one is going to understand me!

But the next day she did as God told her.  IC said that morning, she just began talking in Spanish about Jesus and God, and the cross.  She was telling the story of how Jesus died for our sins and washed us new.  That Jesus never leaves us even if we have never known His story or if we are not allowed to know Him.  She said that the group of girls were sitting on the floor and while she was giving them medical treatment and speaking in Spanish she noticed that they would giggle and talk amongst themselves.

But she kept going and believing that God would make a way.  After a while, she wondered why the girls were giggling…

She asked the interpreter, who had not interpreted any of the Spanish of course and sat silently, why are the girls giggling?

The interpreter looked at her and told her that they were excited and listening to her stories about Jesus.

GOD HAD TURNED HER SPANISH INTO CHINESE!!!!

The interpreter didn’t say anything the whole time because he was listening in Chinese!!!  The girls were listening and talking about Jesus!!

Praise the Lord!  He will always make a way!  Never underestimate the power of God’s love!  He is able and the possible when there appears to be nothing but impossibility!  His promise is sure and true, but is patient, so that ALL have the opportunity to accept Him as their Lord and Savior!

Then my people will know that I am the LORD their God — responsible for sending them away to exile and responsible for bringing them home. I will leave none of my people behind.
– Ezekiel 39:28 NLT
9 The Lord isn’t really being slow about his promise, as some people think. No, he is being patient for your sake. He does not want anyone to be destroyed, but wants everyone to repent.
-2 Peter 3:9 NLT

A wife, mother of 3 punkins and a lover of my Savior. I want to share my experiences and walk with other working, Christian (or not Christian) mothers as I/we run the good race with all of its hurdles, valleys and mountains to encourage others. So get on your running shoes and let's get moving!
View all posts by Like an Olive Tree →
This entry was posted in Faith, Hope, Miracles and tagged Apostle, God, Holy Spirit, Hope, Miracle, Missionary, Missions. Bookmark the permalink.